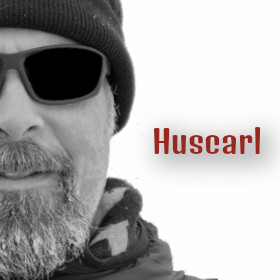 Huscarl (HOOS-karl), street name Eric, a northwest native and gamer. He can be found on our Discord, typically being the first one to welcome newcomers with his signature “what is your gaming story?” question.

How did you get into RPG’s?

My friends and I had been playing some simple wargames from Avalon Hill & SPI and we found a curious thing called Chainmail.

When you did start gaming, what 2-3 games did you cut your teeth on/what were the first games you played?

After Chainmail we found D&D and AD&D.  From there my group progressed into other games, like Aftermath, Chivalry & Sorcery, Space Opera and Traveler.

I had GM’ed before, but not regularly until sometime in High School when I found Harn and then Harnmaster – it was and is the great big shiny.  I was always turned off my prepub stuff.  Arrogantly I thought that I could do better.  I was already into writing and I started drawing maps and that lead to my first campaign.

What are you playing now, how often and what are your top 5 games you’d like to play in 2021?

I currently run 2 D&D 5E campaigns set in the same homebrew world and play in two other 5E games.

What do you like the most about tabletop RPG’s?

It was always about hanging with friends.  It used to be more about the escape, but now I love the shared storytelling and world building.

What do you like most about the gaming and bs community?

Everyone seems very unpretentious, which is unlike many of the other online communities I have toyed with.  Plus, the BS knowledge vault is vast.  It is great for ideas for games for tips to become a better gamer.

Eric joined the Marines after High School to get away from it all.  He was 18, male and full of testosterone.  Now he is just male.  After spending 10 years in the Marines, he attempted to go to college and only managed to get an AA.  After transferring to the University of Washington he wasted a lot of time and money pursuing too many majors.  In 2000 he left school and moved to Alaska with his then girlfriend and now ex-wife.  In 2012 he finally got that BA from Western Washington University.  He currently lives in Seattle with his eldest son, his girlfriend, 2 cats and too many games that don’t get played.