Dedication to system, or system mastery, is often used in the same context. While it may take ‘dedication to an rpg system’ in order to gain mastery of its rules, it’s not always the case. There are advantages and disadvantages to being dedication to sone system. System mastery is obviously an advantage, but what about broadening your rpg horizon. What other types of play do other games facilitate and how do you know the one you are dedicated to is the best one for your play style?

Gamehole Con Event Reg Open! Brett has yet to submit his events. Sean has his Force Five from Alderaan FFG Star Wars game submitted as well as a Savage Worlds Fuhgeddaboudit (pay what you 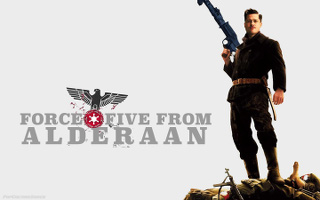 Forget Midwest was this past weekend. Hope it well for all those that attended and Willow P. for being one of the main organizers.

Nick B. emails us. Thanks for the token of appreciation too!

[shadowbox]This show brought to you by fans of the show, like you. Support the show. Become a patron![/shadowbox]

Subscribe on iTunes or Android so you don’t miss our next episode when we talk about player and GM no-shows at a gaming convention.

The 'S' of Gaming and BS podcast. Besides producing and hosting the show, Sean enjoys long walks on the beach, running rpg's, and killing player...characters.